In this study, we assessed the possible impacts of climate variability and change on growth and performance of maize using multi-climate, multi-crop model approaches built on Agricultural Model Intercomparison and Improvement Project (AgMIP) protocols in five different agro-ecological zones (AEZs) of Embu County in Kenya and under different management systems. Adaptation strategies were developed that are locally relevant by identifying a set of technologies that help to offset potential impacts of climate change on maize yields. Impacts and adaptation options were evaluated using projections by 20 Coupled Model Intercomparison Project—Phase 5 (CMIP5) climate models under two representative concentration pathways (RCPs) 4.5 and 8.5. Two widely used crop simulation models, Agricultural Production Systems Simulator (APSIM) and Decision Support System for Agrotechnology Transfer (DSSAT) was used to simulate the potential impacts of climate change on maize. Results showed that 20 CMIP5 models are consistent in their projections of increased surface temperatures with different magnitude. Projections by HadGEM2-CC, HadGEM2-ES, and MIROC-ESM tend to be higher than the rest of 17 CMIP5 climate models under both emission scenarios. The projected increase in minimum temperature (Tmin) which ranged between 2.7 and 5.8°C is higher than the increase in maximum temperature (Tmax) that varied between 2.2 and 4.8°C by end century under RCP 8.5. Future projections in rainfall are less certain with high variability projections by GFDL-ESM2G, MIROC5, and NorESM1-M suggest 8 to 25% decline in rainfall, while CanESM2, IPSL-CM5A-MR and BNU-ESM suggested more than 85% increase in rainfall under RCP 8.5 by end of 21st century. Impacts of current and future climatic conditions on maize yields varied depending on the AEZs, soil type, crop management and climate change scenario. Impacts are largely negative in the low potential AEZs such as Lower Midlands (LM4 and LM5) compared with the high potential AEZs Upper Midlands (UM2 and UM3). However, impacts of climate change are largely positive across all AEZs and management conditions when CO2 fertilization is included. Using the differential impacts of climate change, a strategy to adapt maize cultivation to climate change in all the five AEZs was identified by consolidating those practices that contributed to increased yields under climate change. We consider this approach as more appropriate to identify operational adaptation strategies using readily available technologies that contribute positively under both current and future climatic conditions. This approach when adopted in strategic manner will also contribute to further strengthen the development of adaptation strategies at national and local levels. The methods and tools validated and applied in this assessment allowed estimating possible impacts of climate change and adaptation strategies which can provide valuable insights and guidance for adaptation planning. 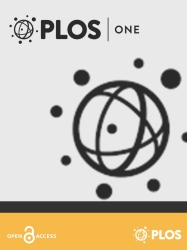